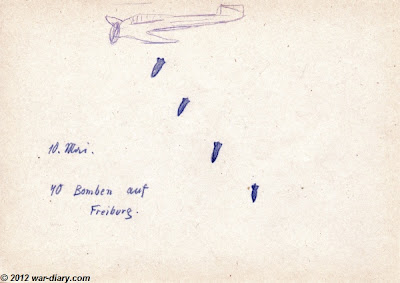 40 bombs dropped on Freiburg
57 residents of the town of Freiburg im Breisgau died on the 10th of May 1940 because of the mistaken air-raid by the German air force.
The German leadership tried to hush up the mistake and to put the blame for the attack onto the enemy.   The German media readily picked up on the event. 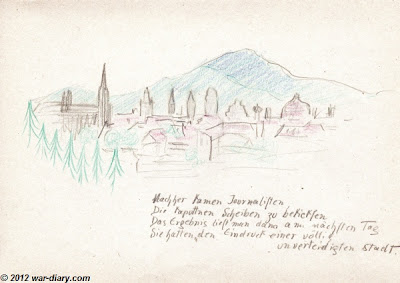 
Then afterwards the journalists came
to inspect the broken window-panes.
we read next day what they wrote down:
it looked like a completely undefended town 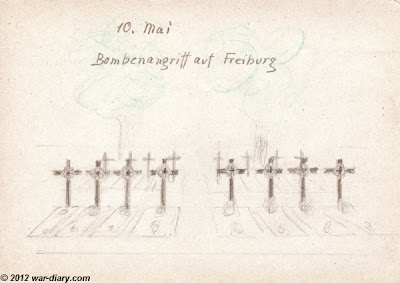