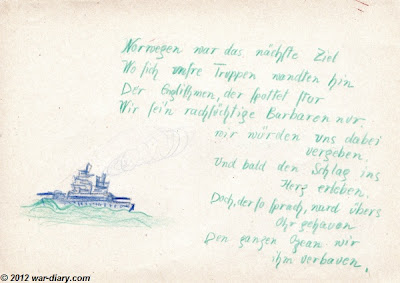 Then Norway was the next target
to which our troops turned.
Der Englishmen he keeps on mocking:
"they're just vengeful barbarians flocking
but deal themselves the losing cards
and soon will be stabbed right in their hearts"
But he's the one who's taken for a ride -
we've blocked the oceans for him instead